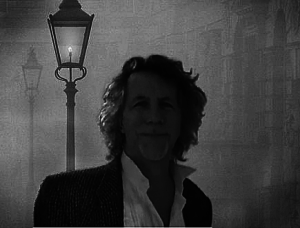 1. Many reviewers have called The Arrow Chest hauntingly beautiful–which is true–but the supernatural elements are so subtle that only those well-versed in Tudor history see the glaring similarities between Henry VIII and Anne Boleyn, and Oliver Ramsey and Daphne. Firstly, I applaud you for not making it sickening obvious; my question is: did you begin writing with the idea of blending histories or did it piece together as you were writing?

The structure was set out way before the writing began in earnest. So yes the question, as you suggest, was always going to be just how much should the Tudor other-worldliness impinge on the Victorian reality in which the story itself is set? It’s all about striking the right balance. If it’s too obvious, then it all becomes a bit predictable and corny. Too subtle and some readers might miss it altogether and just see it as a kind of ‘gothic’ yarn – with ghosts attached. That will probably happen occasionally, anyway, but I think it’s a risk worth taking.

2. I had assumed that Amos Roselli was likened to Anne Boleyn’s neighbor and admirer Thomas Wyatt. Is this true, and is he also based on the painter Edmund Leighton? One description by the character Beth reminded me of the painting Godspeed by Edmund Leighton.

‘God Speed’ is just the kind of allegorical subject that our hero Roselli would have been taken with. The question of how the real world might accommodate medieval and chivalric values fascinated the painters and poets of the 19th century. From their favourable perception (accurate or not) of the heroic knights of old, we inherited the concept of the Victorian/Edwardian gentleman – a code of conduct worth pursuing even today. Most of us don’t usually get to be heroes in the classical sense, but we can still pursue those qualities in the little things of everyday life – things like honesty, integrity, having regard for the feelings of others, and so on. In the story, Roselli, having lived much of his emotional life vicariously through his art, is suddenly compelled to face these issues in a very real sense when Daphne becomes threatened. He then, somewhat reluctantly, has to play the part of the knight. And then the mirror cracks.

The character of Roselli, by the way, is not based on any one artist or person. He is a combination of lots of artists and poets – and, as you rightly say, Thomas Wyatt, as well. He is a Tudor poet and a medieval troubadour moved forward in time and placed on a Victorian stage where he brandishes a paint brush and palette instead of a quill and a lute.

3. A few years ago I read another novel that included nineteenth century occultism in the form of tarot card reading, seances, and trick photography (In the Tenth House by Laura Dietz), which I found very interesting–the era just after photography was invented must have been a discouraging time for artists. However, the mystical events depicted in The Arrow Chest are seemingly real. What are your thoughts on the subject as a whole? Are you a believer?

Perhaps the coming of photography wasn’t necessarily such a bad thing for artists. For the Impressionists, for example, the camera was a force for liberation, because they were no longer expected to strive for pictorial accuracy (the camera satisfied those demands far better), while for the Pre-Raphaelites, paradoxically, it became a source of motivation – to strive for greater standards of draughtsmanship.

The coming of photography in the 19th century is also important for Roselli, too. And in the story, for example, we learn of his admiration for the pioneering work of the photographer Julia Margaret Cameron. He is enchanted by all those winged angels and Arthurian knights, beautiful women and mythical creatures as seen through her lens – just as he is captivated by the entire Pre-Raphaelite universe of allegory and myth in which he is immersed.
Photography in those times employed glass plates with an emulsion of silver salts applied to their surface – similar, therefore, to the mirror. Like many an artist, Roselli is trapped in an illusory world of reflected images at the beginning of the story, as is Daphne in her own way – the Lady in the Tower compelled to view the world through her mirror. How we, as individuals, can escape from these second-hand images and turn ourselves around to acknowledge a wider spiritual reality, is a question that has occupied the thoughts of philosophers and artists since at least the time of Plato – and is perhaps even more pertinent today when so many of us have our noses buried in computer screens and televisions. Regarding your question, ‘am I a believer?’ therefore. The answer has to be: ‘Yes.’ Certainly a ‘seeker’ – and perhaps that’s really saying the same thing.

4. You’ve published two Tudor related novels. Are you sticking to the era or branching out with future projects? What other time periods, places and characters interest you?

Thank you for asking. I am currently working on two new stories. One is set in the England of the 18th century around the time of the 2nd Jacobite rebellion (I love all the fabulous clothing and fashions of those times). The other returns to the theme of my debut novel, and to the life of the Elizabethan polymath John Dee – though this time concerning his years spent overseas, at the time of the Armada.

5. Who is your favorite author? Has he or she influenced your writing greatly? And, where do you find inspiration for your ideas?

I can’t honestly say that I have a favourite author – or if I do, it changes quite often. The classics have to be the main foundation and influence for most of us writers, and I am no exception. Inspiration, meanwhile, comes from nature, from great music and painting and from people I have known.

It’s been a pleasure answering your questions, Arleigh. And thank you, also, for such a fine review of The Arrow Chest. I am so glad you enjoyed reading it.