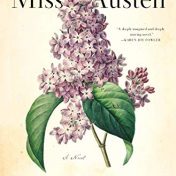 Lost in Austen: Create Your Own Jane Austen Adventure by Emma Campbell Webster A note beforehand: although released a year previously, this book has nothing to do with the 2008 TV Mini Series titled Lost in Austen (of which I knew nothing about until I Googled for a book image.) Book Description: “It is a truth universally acknowledged that a… Read more »

The Pursuit of Mary Bennet by Pamela Mingle This full-length Austen continuation takes place a few years after the elder Bennet sisters had married and focuses on the most inconsequential sister, Mary. Having spent a good deal of time with Jane at her new home, High Tor, and Elizabeth at Pemberley, Mary had much improved her music and conversation skills,… Read more »

Just a fair warning—these reviews contain spoilers. It’s impossible to evaluate these short stories without discussing their strengths and inadequacies, in which case will give away the plot. There’s just not enough info to skirt around the edges, as would be the case for a novel-length book. A Twist of Fate by Brenda J. Webb This story imagines what takes… Read more »

“Sometimes anger is a living thing.” THE PURSUIT OF MARY BENNET by Pamela Mingle “A tale of love and marriage, society balls and courtship, class and a touch of scandal, Pamela Mingle’s The Pursuit of Mary Bennet is a fresh take on one of the most beloved novels of all time, Jane Austen’s Pride and Prejudice. Growing up with four… Read more »

Suddenly Mrs. Darcy by Jenetta James This is a re-imagining of Jane Austen’s Pride and Prejudice that begins at the Netherfield ball, where Elizabeth is found in a compromising situation with Mr. Darcy and she is forced by her parents to marry him. A reluctant, though curiously tame Elizabeth begins her new role with some hope of happiness, and it… Read more »

The Coming of Age of Elizabeth Bennet by Caitlin Williams In the genre of Jane Austen variations, this is a particularly long tale, spanning the course of five years. It also stands out among its contemporaries because it’s a prequel of sorts. The author imagines Elizabeth Bennet at the age of 15 with a personality reminiscent of the character of… Read more »

Mansfield Park Revisited by Joan Aiken I’ve not actually read Mansfield Park by Jane Austen, but I have seen a film adaptation and so I know the characters and the story (though I am sure with inaccuracies, as is the nature of movie vs. book). The Susan Price of this novel is a kind, unassuming and helpful person, eager to… Read more »

The Unthinkable Triangle by Joana Starnes This Pride & Prejudice variation imagines a scenario in which Colonel Fitzwilliam proposes to Elizabeth Bennet at Hunsford before Mr. Darcy has the chance to do so himself. Based primarily on his ensuing anguish, there are also chapters in the perspective of both (Richard) Fitzwilliam and Elizabeth. As a veteran Austen variation reader, I… Read more »

The Other Mr. Darcy by Monica Fairview “I have spent such a long time trying to be a lady. But am I really one? Or is it only a mask that I wear, to cover up my awareness that I am not?” The character of Caroline Bingley has been redeemed in this highly readable, if somewhat fanciful, Austen continuation. The… Read more »

Charlotte Collins by Jennifer Becton Mr. Collins has suddenly passed away in an unfortunate riding accident, leaving Charlotte a widow in her mid-30’s. She invites her sister, Miss Maria Lucas, to live with her and use her as chaperone on outings within their group of acquaintances. Both Charlotte and Maria end up with two interested gentlemen—though Charlotte has made it… Read more »

Mr. Darcy’s Dream by Elizabeth Aston “All men say [they will be faithful] when they marry; they say that when it is May and the sun is shining and their hearts are full of love. But what happens in the dog days of August, or when Autumn winds begin to blow through the matrimonial home?” Such is the theme of… Read more »