Do you find the people who lived in Biblical times have a lot in common with us today? How are our lives similar? That’s one of those questions to which I think the answer is both “yes” and “no”. People seem to come in the same set of types no matter when they live. (No matter what group — political,… Read more »

Author Interview: ROBERT STEPHEN PARRY The Hours Before begins with an interesting character perspective. Can you explain why you chose this path for the introduction? Perhaps one of the easiest mistakes we can make in life (and the more successful, wealthy or comfortable one becomes the easier it is to make it) is to assume that humility and modesty are… Read more »

“A young Italian woman risks her life to defy the injustice surrounding her in Margaret Wurtele’s The Golden Hour, a touching novel of forbidden love in war-torn Italy… It is autumn 1943 when German forces invade the peaceful vineyards and olive groves of Giovanna Bellini’s village in Tuscany. At first, the seventeen-year-old finds herself fascinated by the dashing Nazi officers…. Read more »

1. Many reviewers have called The Arrow Chest hauntingly beautiful–which is true–but the supernatural elements are so subtle that only those well-versed in Tudor history see the glaring similarities between Henry VIII and Anne Boleyn, and Oliver Ramsey and Daphne. Firstly, I applaud you for not making it sickening obvious; my question is: did you begin writing with the idea… Read more » 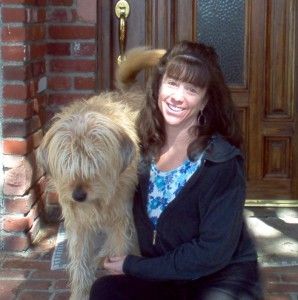 Inspired by her latest novel, DAYS OF SPLENDOR, DAYS OF SORROW, I posed these questions to the author, Juliet Grey, on writing and the French Revolution. If you haven’t picked up this novel yet, I highly recommend it (along with the first novel in the series, BECOMING MARIE ANTOINETTE). Did you find the writing easier, harder or much the same… Read more »

In venturing outside my usual genre I have discovered several great reads lately, including this one—Confessions of the Creature by Gary Inbinder, which is a continuation of Mary Shelley’s classic,Frankenstein. The creature has exacted revenge on his creator, retreated into the wilds of Russia and later finds himself transforming from monster to man. He rejoins society and moves up the… Read more »