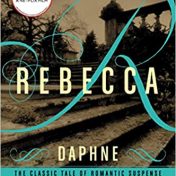 Rebecca has been on the to-read list for ages, and thanks to Book Club, it has been marked off (and was much enjoyed)! First, a short and spoiler-free synopsis: Late 1930’s. An unnamed protagonist narrates this story–a young woman training to become a lady’s companion. She meets a mysterious widower in Monte Carlo and before she knows it, she’s a… Read more »

The Other Alcott by Elise Hooper Abigail “May” Alcott, sister of Louisa May Alcott, is followed in this fictional biography which takes place in the 1870’s in Boston, London and Paris. May, whom Louisa had fictionalized as “Amy” in her Little Women series, had received negative reviews of her illustrations included in the books, and as such set out to… Read more »