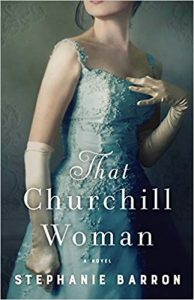 Wealthy, privileged, and fiercely independent New Yorker Jennie Jerome took Victorian England by storm when she landed on its shores. As Lady Randolph Churchill, she gave birth to a man who defined the twentieth century: her son Winston. But Jennie—reared in the luxury of Gilded Age Newport and the Paris of the Second Empire—lived an outrageously modern life all her own, filled with controversy, passion, tragedy, and triumph.

When the nineteen-year-old beauty agrees to marry the son of a duke she has known only three days, she’s instantly swept up in a whirlwind of British politics and the breathless social climbing of the Marlborough House Set, the reckless men who surround Bertie, Prince of Wales. Raised to think for herself and careless of English society rules, the new Lady Randolph Churchill quickly becomes a London sensation: adored by some, despised by others.

Artistically gifted and politically shrewd, she shapes her husband’s rise in Parliament and her young son’s difficult passage through boyhood. But as the family’s influence soars, scandals explode and tragedy befalls the Churchills. Jennie is inescapably drawn to the brilliant and seductive Count Charles Kinsky—diplomat, skilled horse-racer, deeply passionate lover. Their affair only intensifies as Randolph Churchill’s sanity frays, and Jennie—a woman whose every move on the public stage is judged—must walk a tightrope between duty and desire. Forced to decide where her heart truly belongs, Jennie risks everything—even her son—and disrupts lives, including her own, on both sides of the Atlantic.

Breathing new life into Jennie’s legacy and the glittering world over which she reigned, That Churchill Woman paints a portrait of the difficult—and sometimes impossible—balance among love, freedom, and obligation, while capturing the spirit of an unforgettable woman, one who altered the course of history. 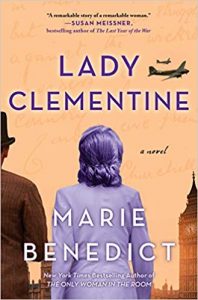 In 1909, Clementine steps off a train with her new husband, Winston. An angry woman emerges from the crowd to attack, shoving him in the direction of an oncoming train. Just before he stumbles, Clementine grabs him by his suit jacket. This will not be the last time Clementine Churchill will save her husband.

Lady Clementine is the ferocious story of the ambitious woman beside Winston Churchill, the story of a partner who did not flinch through the sweeping darkness of war, and who would not surrender either to expectations or to enemies. 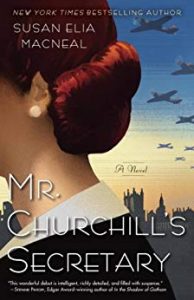 London, 1940. Winston Churchill has just been sworn in, war rages across the Channel, and the threat of a Blitz looms larger by the day. But none of this deters Maggie Hope. She graduated at the top of her college class and possesses all the skills of the finest minds in British intelligence, but her gender qualifies her only to be the newest typist at No. 10 Downing Street. Her indefatigable spirit and remarkable gifts for codebreaking, though, rival those of even the highest men in government, and Maggie finds that working for the prime minister affords her a level of clearance she could never have imagined—and opportunities she will not let pass. In troubled, deadly times, with air-raid sirens sending multitudes underground, access to the War Rooms also exposes Maggie to the machinations of a menacing faction determined to do whatever it takes to change the course of history.

In this daring debut, Susan Elia MacNeal blends meticulous research on the era, psychological insight into Winston Churchill, and the creation of a riveting main character, Maggie Hope, into a spectacularly crafted novel. 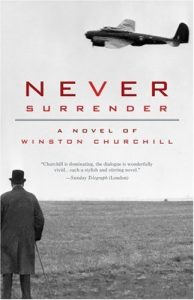 The battle begins on Friday, May 10, 1940, when Hitler launches a devastating attack that within days will overrun France, Holland and Belgium and bring Britain to its knees at Dunkirk. Never Surrender examines Churchill’s courage and defiance and his ability to lead a nation during three of the most crucial weeks in its history. Without the physical forces necessary to stave off German attack, Churchill uses the force of words to stand in Hitler’s way, to show that no accords will be made.

Dobbs is at his best in Never Surrender, a novel about the remarkable courage and defiance needed to save a nation at risk.