Emma Hamilton, celebrated mistress of British Naval hero, Horatio Nelson, is only a minor character in A Royal Likeness by Christine Trent, but made a positive impression on this reader. I could tell there were interesting reasons behind the differing opinions of the lady by characters in the book, and an intriguing untold story of her life.

After speaking with author Leslie Carroll, who has a published novel on Emma’s life titled TOO GREAT A LADY (written under the pseudonym Amanda Elyot), I found that some information I’ve read (non-fiction, even) is erroneous, and thus I am reluctant to pass it along here. Emma Hamilton is, however, a lady I look forward to learning more about. Along with the beautiful paintings I am displaying here, Leslie has kindly offered a few thoughts on Emma to give us a little insight. 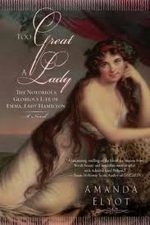 “I fell in love with Emma Hamilton when I was a little girl, long before I knew anything about her history, when, like many who met her in real life, I fell under the spell of her beauty. The portrait of the teenage Emma as “Nature” painted by George Romney hangs in the Frick Museum in New York City. That portrait spurred my fascination to learn everything I could about her. Her passionate, yet ultimately doomed love affair with Lord Nelson, a double-adultery, is, I believe one of England’s, if not the world’s, greatest real-life love stories. Emma’s life can be drawn in the shape of a perfect parabola; she began with nothing in a dirt-poor village in Northeast Wales, and rose to become the wife of an ambassador, the confidante of a queen, and the lover of the nation’s greatest hero. She ended her life with nothing, as well, dying impoverished in Calais. As the heroine of historical fiction, she is deeply fascinating to an author — as flawed as she was beautiful.”

Below are a few of the many paintings of Emma: 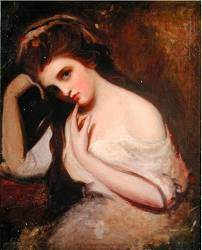 Emma Hamilton as a Bacchante Elizabeth Vige le Brun, circa 1790-2, oil on canvas 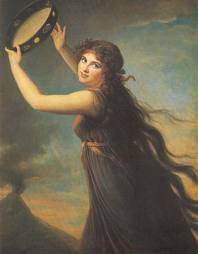 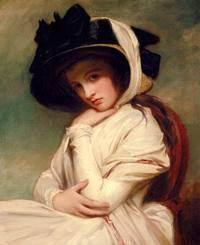 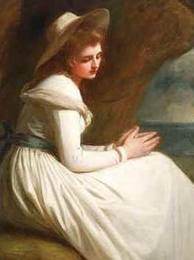 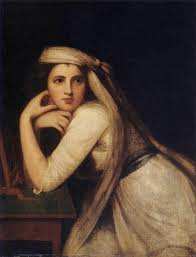 Lady Hamilton as ‘Nature’, a painting by George Romney 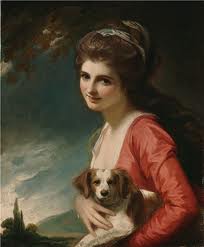 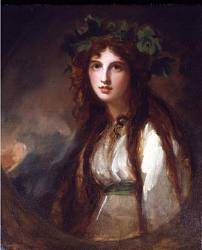 As you can see she was a beautiful woman and the muse of painter George Romney. It is no wonder Lord Nelson was devoted to her, up to the end of his life and had his wishes been honored, she would not have ended her own life in poverty abroad.