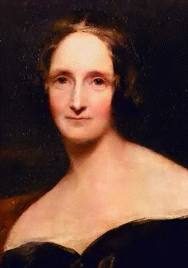 Mary Wollstonecraft Shelley is best known as the author of the classic novel Frankenstein, but as I discovered in the author notes of Pale Rose of England, she also wrote The Fortunes of Perkin Warbeck, a novelized version of his life. Shelley is said to have truly believed Warbeck to be the lost prince and even molded her characters to her own beloved husband’s qualities, and Catherine’s to hers.

Courtesy of Google Books, I was able to skim through a little of the book and found it readable, if a little stiff (much like a non-fiction). I’m always interested to learn of an accomplished classic writer’s views on historical events–especially ones like the story of the Princes in the Tower, that are mysterious to us even today. 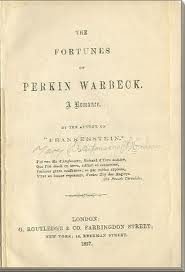 Mary Shelley led a scandalous life for her time. The daughter of philosophers (and a feminist, even) she had extremely modern views on relationships. She only married her lover–after his wife’s suicide–to appease his family and then lived in an open relationship where both were free to have affairs. They shared a great love for one another, however, and only the depression Mary suffered from losing three of her four children caused a rift between them. Mary’s life, I think, would make an excellent novel itself!

With such a strong supporter of the claim that Perkin Warbeck was actually Richard, Duke of York, Sandra Worth’s novel doesn’t seem quite so implausible (even to one with Lancastrian leanings).

This article was written as an add-on to my review of Pale Rose of England by Sandra Worth.