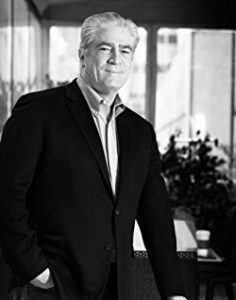 One of the most important events in American music happened at New York’s Carnegie Hall in 1938. There was a Benny Goodman concert that night. It actually was radical to have Goodman there at all playing his brand of swing music on the stage of such a prestigious venue.

The seminal moment came when he brought out his quartet to play Sing Sing Sing with a Swing. The quartet that evening was Harry James on the trumpet, the great Gene Krupa on drums, and Goodman of course, on clarinet. The fourth member was Teddy Wilson on piano. Teddy Wilson, an African American center stage at Carnegie Hall nine years before Jackie Robinson walked onto the diamond at Ebbet’s Field. Not only did Goodman have the brass to bring him out, he gave him a shout-out as he started his solo. “Yeah Teddy” he said, and the audience erupted in nervous laughter. Get the recording, make sure it’s the one with the scratches on it.

I was made aware of this event as a young man. I grew up in a house filled with music. Goodman was one of my mother’s favorites. I knew about the solo, the shout out, the nervous laughter and I knew what it meant.

Fast forward to 1983. I was a young man in New York City who had way too many cocktails that particular evening. I was twenty-three years old, one year on Wall Street and way over the legal limit. I was walking down Bleecker Street in the Village. I left my group and wandered off heading to the subway to take me back to Queens. I don’t recall why I left them, I wasn’t working with a clear head that evening. It was the beginning of a long journey, my wandering away from Wall Street. Before I could get to the 5 train I saw a sign in front of a club: Teddy Wilson tonight!

In my excitement I wished that I was still with the guys and we could all go in and watch Mr. Wilson play. I thought better of it. This was my adventure. Besides, none of them would know who Wilson was. It was better that I was alone. I stumbled in. It was late. Two thirty, maybe later. The band stand had been broken down. There would be no more music that night. I looked up at the bar and there he was. Teddy Wilson, having a cup of coffee. I stumbled over to him and sat on a bar stool. The details of our meeting are foggy this many years later. Hey, they were foggy the next morning. I remember telling him what I knew about the ‘38 concert. How cool it was I guess. I wish I could have told him what it meant to me. How I used to lay on my bed with my head between two cheap speakers and listen. The words didn’t come to me, maybe I was too nervous, more likely I was too drunk. He seemed surprised that I knew about it. Replying that he thought young guys like me only listened to the Rolling Stones.

That’s all I remember. It was a long time ago. It’s mine though. That moment. All these years later I can say that I sat with the great Teddy Wilson.

That night I wandered off to get away from the beer drinking and back slapping of my Wall Street buddies and took a trip back forty-eight years to Carnegie Hall. I don’t remember a thing about that days trading or even the guys I was with. I don’t even remember what my job was at the time. I remember that walk home though. I went from Wall Street to Bleecker Street to sit with a jazz legend.

The spontaneous moments, the flights of fancy that most managers frown upon have tremendous value. Get away from the group think occasionally. When you return to the job or task you will have a broader perspective. You may even come away with a good story. 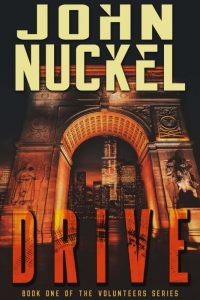 In the late 1800s, a secret society is formed by a captain from Teddy Roosevelt’s Rough Riders with the support of the nation’s leading industrialists and bankers. Over a century later, the tradition continues, in the same saloons and boardrooms of New York City where it all began.

In this crime thriller, where history and current events unite, Woodbury Kane, Jacob Riis, and Roosevelt himself fight the tyranny of Tammany Hall in the first mission of the Volunteers during the turn of the last century.

In today’s New York, the descendants of the Volunteers recruit Annie Falcone, a New York police officer, who takes the oath: Et Omnia Recta. She is to provide protection to one man, America’s top technological mind, from his longtime adversary, Sheng, China’s most brutal hacker.

Annie is unaware that she’s merely a decoy to draw Sheng out for the hit squad that was sent ahead of her. Her instincts alone will be the force behind the success or failure of the mission.

Like so many other Volunteers before her, Annie’s survival depends upon her courage, her skill, and her DRIVE.