I’m pleased to welcome Leslie Carroll with an article related to her non-fiction book, Royal Pains: A Rogues’ Gallery of Brats, Brutes, and Bad Seeds.

ROYAL PAINS NOT IN THE BOOK 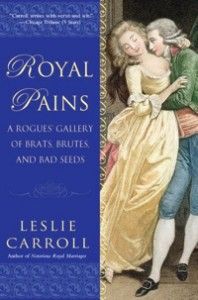 Arleigh and I had fun discussing the subject of my guest post and she decided she’d like me to talk about Royal Pains that didn’t make the cut into my book.

ROYAL PAINS: A Rogues’ Gallery of Brats, Brutes, and Bad Seeds is my third nonfiction title for NAL, and as always, devising the table of contents was almost as challenging as the research itself, because there’s a never-ending parade of Pains! Ultimately I decided to narrow the field to an even dozen whose troublemaking had a direct impact on their respective monarchies in one way or another. But here are three that I considered adding, who ended up on the proverbial cutting room floor. 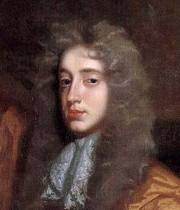 “The Mad Earl,” although an aristocrat, was not in fact royal, meaning that he was not the blood relative of a monarch, so by those lights alone he would not merit entry.

But he’s so fascinating that I almost considered granting him a pass. Rochester first graced the court of Charles II in 1665 (the same year Nell Gwyn began her meteoric rise in the theatre) as a tall, blond, almost impossibly beautiful stripling of 18. His charm was as deadly as his wit in a court where wit was prized above all else. The most epigrammatic of courtiers, he could skewer a rival with a couplet as easily as he could with a rapier. And in the Restoration, a world struggling to overcompensate from the Protectorate’s years of prudery, Rochester was one young man who fully embraced the motto that excess was never enough.

His drunken brawling resulted in the destruction of property, some of it royal paraphernalia (including a priceless glass chronometer); and he was once involved in a fight that resulted in the death of a constable—for which he was never personally charged. And his powerful libido got him into trouble with many a lady (he died far too young, his body ravaged by syphilis).

But it was the earl’s pen that landed himself in the most trouble with his royal patron. Rochester’s often bawdy poetry, which on occasion lambasted the monarch himself as well as Charles’s lovers (including Barbara Castlemaine, the Duchess of Cleveland, a cousin of another of Charles’s “rat pack,” the Second Duke of Buckingham George Villiers) cost the earl his sovereign’s good will on more than one occasion. Less indulgent monarchs would have called Rochester’s witty, though often vitriolic, screeds libel and consigned him to the Tower, but Charles would banish the earl to his country estate, where he was condemned to rusticate with his own wife. 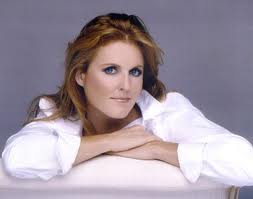 The ex-wife of Prince Andrew, was a hellraising Windsor in her married days, but some things have never changed, as stories have surfaced recently, of “influence peddling,” in an effort to extricate herself from millions of dollars of debt. In May, 2010, she was caught in an undercover sting operation offering to sell her access to her royal ex for £500,000, and took away a briefcase filled with $40,000 in cash as a downpayment at the end of the interview. Just a few weeks prior to writing this article she was linked to a convicted pedophile billionaire Jeffrey Epstein (who happens to be a pal of Prince Andrew) after she accepted money from him to pay down some of her debts. Although her daughters were invited, these transgressions probably eliminated her from the guest list for Prince William and Catherine Middleton’s royal wedding on April 29, 2011. Of course, it could have been the 1992 tabloid pictures of her, topless, having her toes sucked by her financial planner, John Bryan. Still, “Fergie’s” misbehavior pales in comparison to others in the book, like Vlad the Impaler, for example, or even Lettice Knollys, whose arrogance made her lookalike cousin Queen Elizabeth I really see red! 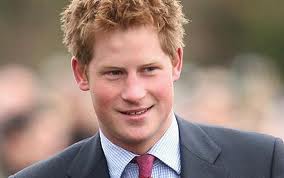 Some of us may be wild about Harry, and Harry may be just plain wild. Certainly, his underage binge drinking, taking potshots at paparazzi, and falling down blotto in the street after too many Crack Daddies at Mahiki, qualify as bad behavior, and his decision to wear a Nazi uniform to a fancy dress party (and I was shocked when I discovered during my research on Prince William for my next nonfiction book, ROYAL ROMANCES, that Wills encouraged Harry’s costume selection and was at least as uninformed about the history of WWII as his kid brother) was beyond boneheaded—but this is small potatoes compared to the great Royal Pains of history. Harry hasn’t had enough of a chance to make his mark in the world yet. Time will tell whether he becomes a sweetheart or a pain.