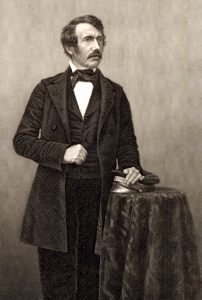 A desperate prayer and a dream led me to read the journals of Dr. David Livingstone (You may know him from the famous quote: “Dr. Livingstone, I presume”). He landed in southern Africa in 1841 employed by the London Missionary Society to spread Christianity. He then traveled through the interior of Africa preaching, but after only one man was converted after years of sermons he largely gave up on missionary work and set his sights on documenting, mapping and exploring the African interior – making historical, noteworthy strides and putting a serious hitch in the slave trade as he went.

But what about his one convert? He was actually a chief of a large tribe: Chief Sechele of the Bakwena. He listened to David’s and other missionary’s sermons for years before finally committing to baptism. Because, he knew, with his baptism he would have to forego rainmaking (an ancient rite of passage for African Chiefs) and four of his current wives. He did choose baptism, however, and a great drought began as soon as the ordinance was over and he became a monogamist. This severe drought would lead tribe members to come to David Livingstone begging him to release their Chief Sechele from his Christian witchcraft. 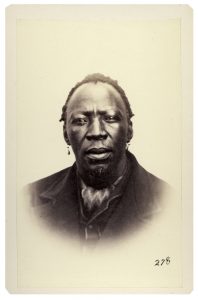 “Only release Chief Sechele for one hour to make it rain, and then we will come to your church and sing and pray as much as you like!”, they told David. Of course David could not release Sechele from his baptism. But true to his nature, the indomitable Chief had a solution for David: “Do you imagine these people will ever believe by your merely talking to them? I can not make them do anything except thrashing them. If you like, I shall call my head men, and with our litopa we will soon make them all believe together!”

From the research I’ve done I feel certain David calmly talked the Chief down from beating his village members into submission and then they went on as they typically did: amicably.

I had a stunning realization in my research when I fully recognized that while David and Sechele were having these conversations in central Africa, Queen Victoria had been on the throne less than a decade, Charles Dickens had just written Oliver Twist, and fine ladies and gentleman were attending music halls, libraries and art galleries. The distinction happening across the world at the same time was baffling to me. 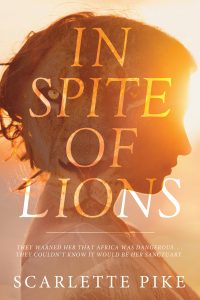 So how to merge and understand the two cultures together? How about a Victorian heiress who runs away from her society and joins David and Sechele in their adventures? That’d do it! And what fun it was!

In Spite of Lions
BOOK DESCRIPTION

From Amazon
“Anna’s life has always been controlled by her domineering mother and expectations of London’s high society. Hoping to start over, she changes her name and boards the first boat to Africa. As Anna adjusts to a drastically different life in the barren landscape of Africa, she finds hope that she can finally be free from her past. But when a battle between Europeans and the African tribe she has come to call her family looms, she realizes that her past may never truly leave her, and she must make a decision that will not just affect her own life, but also the lives of the people she loves.” 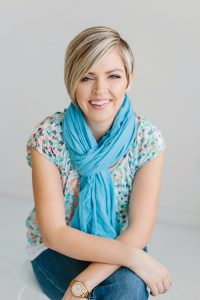 From the Author’s Website
“Have you ever wondered what was going on in the rest of the world while Mr. Darcy and Elizabeth were misunderstanding each other?

You’ll never guess what was going on in southern Africa.

Under the mask of wealth and Victorian manners, one young woman has kept an awful secret too long. It causes her father’s death and she escapes on a ship to southern Africa. With only her Victorian upbringing as reference, she will encounter tribal dances, wild animal attacks and one handsome Captain who is the only one who knows her real name.”