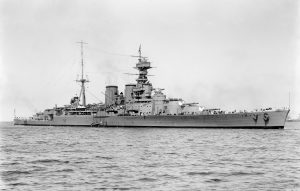 When the Queen Elizabeth class of Dreadnoughts were launched they were the most powerful warships afloat. The capital ships built during the arms race that proceeded WW1 divided into two broad categories. The majority of them consisted of heavily armoured, but slow, battleships. Dashing ahead of them into battle was the second type, fast, but poorly protected, battle cruisers. The Royal Navy were the first to realise that there was a way to combine these two ships into a class of fast battleships. If you built a Dreadnought that was big enough, it would be possible to have a ship that had both impressive speed and excellent protection, and so the Queen Elizabeths were born.

These ships were so big that when they were based at Rosyth, in the Firth of Forth, they reversed the age old norm of ships setting sail at high tide to place the most water between their hulls and any submerged obstacles. The Queen Elizabeths had to sail at low tide, as this was the only time that they could squeeze under the lofty girders of the Forth Rail Bridge. When it came to naming the latest ship in this class of behemoths, in December 1914, the navy decided they should honour an admiral from the golden age of sail. Nelson, maybe? Or Collingwood? Perhaps Rodney, Duncan, Howe or Hawke? But no, instead they chose an admiral who had won no victories at sea, indeed who never commanded a fleet. The ship was named HMS Barham. 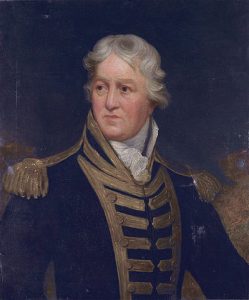 Sir Charles Middleton, later Lord Barham was an administrator of unprecedented ability. He was in charge of ship construction from 1778 to 1790, during which time he oversaw the design and building of most of the wooden walls that would repel Napoleon. But he did more than this. He was a committed Evangelical Christian, and he brought his strong moral compass to bear on the corrupt practices and jobbery that he found in the service. As a result he left his country with a naval administration that was much more efficient and better prepared for the trial of two decades of war that awaited it.

It is still strange that a backroom admiral, even one of Barham’s undoubted talent, should have been honoured in 1914. But though he may not have led any fleets himself, he did make a momentous decision towards the end of his career that resulted directly in the most famous of victories. In 1805, when he was First Lord of the Admiralty, his country faced the grave threat of a united French and Spanish fleet. If this fleet could win control of the Channel, Napoleon’s Grand Army would invade, and the war would have been lost. Nelson was by no means the obvious choice to lead the British fleet to meet this threat. To many at the Admiralty he was thought of as something of a loose cannon. Barham himself had grave reservations about him. His strong moral beliefs were repelled by Nelson’s notorious affair with Emma Hamilton. Furthermore, Nelson’s military reputation had suffered of late too. His last significant naval action had been a failed attack on Boulogne, and it was his insistence on blockading the French Fleet at Toulon from a distance that had allowed the enemy to escape in the first place.

Nevertheless, this wise bean counter, eighty years old at the time, still chose to stake his country’s freedom on the little Norfolk admiral, and so it was that it fell to Nelson to lead the British fleet into battle at Trafalgar. For that decision alone, Barham richly deserved to have had his battleship named after him. 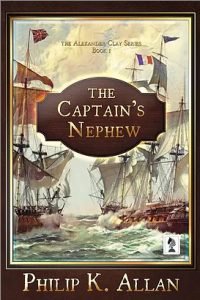