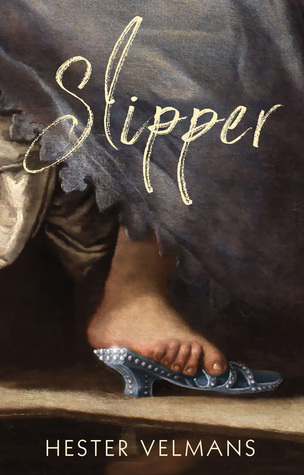 He is the man who wrote some of the most famous stories of our time, but his name doesn’t ring a bell.

He lived a full century before the Brothers Grimm and two hundred years before Hans Christian Anderson. And yet if you ask around if anyone has heard of “Charles Perrault”, you’re likely to be met with blank stares.

That was the reaction I would get when I told people I was writing a novel about a young woman living in the 17th Century whose life could have been the inspiration for Charles Perrault’s most famous fairy tale. I don’t know how I came to the assumption that Perrault was a household name; I only know that I was wrong.

Charles Perrault, if you must know, was the author of Cinderella, Sleeping Beauty, Puss in Boots, Little Red Riding Hood, and more. His name appears in the credits of animated Disney movies, but that’s easy to miss. Most people assume the fairy tales were handed down to us from some nebulous past from generation to generation, without the agency of an actual author.

And yet it is Perrault’s down-to-earth, rather sly, knowing, conversational voice that first gave the fairy-tale its inimitable sound, feel and atmosphere. It is Perrault who coined the term “Mother Goose Tales”, and it is his charm as a teller of tales that has preserved the fairy-tales through the ages in almost the exact same form he wrote them in.

A worldly Parisian living in the latter part of the 17th Century, he was an important functionary at the court of Louis XIV, the Sun King. A poet, lawyer, connoisseur, dabbler, suave go-getter and royal sycophant, he was also the superintendent of the king’s buildings and works under Colbert, the finance minister. He was charged, among other things, with the décor of Versailles, the design of the façade of the Louvre and the royal tapestries, and the running of the French Academy. He was a colleague of Molière, Racine and La Fontaine. They became famous. He did not.

He investigated the feasibility of diverting the river Loire to run alongside the palace at Versailles, and came up with what he deemed a more accurate tool for surveyors to use: a long strand of a lady’s hair. He pulled strings to keep the Tuileries gardens open to the public, when others thought they should be reserved for the king’s sole use. He was the champion of the modern age in the great literary quarrel of the Ancients and the Moderns, and gallantly came to the defense of the weaker sex in his book The Vindication of Women.

It wasn’t until he had fallen out of favor and lost his position, toward the end of his life, that he sat down and wrote the simple stories that should by all rights have catapulted him to fame. It is assumed that he wrote them for children, but in fact he was probably more interested in charming the ladies at court.

He was a man of taste, talent, a fecund imagination, and a literary sensibility that allowed him to him turn his back on the florid, baroque style of poetry popular at the time, and give us these tales in straightforward, modern, seductive prose. It’s a puzzle, then, that there have been no major biographies of him, not even in France. It may be that having made enemies who resented his influence during his lifetime, he was shunned and deliberately consigned to oblivion. It also doesn’t help that the entirety of his family’s papers, kept in the Royal Library at the Tuileries Palace, went up in flames during the Paris Commune uprising of 1871.

His name may have been forgotten, but his orphan legacy, the celebrated tales, went on to capture the imagination of children and adults the world over, and there’s no reason to think they won’t live on forever. 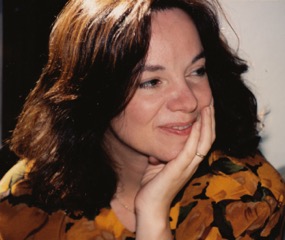 Hester Velmans is a novelist and translator of literary fiction. Born in Amsterdam, she had a nomadic childhood, moving from Holland to Paris, Geneva, London and New York. After a hectic career in international TV news, she moved to the hills of Western Massachusetts to devote herself to writing. Hester’s first book for middle-grade readers, ‘Isabel of the Whales,’ was a national bestseller, and she wrote a follow up, ‘Jessaloup’s Song,’ at the urging of her fans. She is a recipient of the Vondel Prize for Translation and a National Endowment of the Arts Translation Fellowship. For more, visit her website at Hestervelmans.com.

Lucinda, a penniless English orphan, is abused and exploited as a cinder-sweep by her aristocratic relatives. On receiving her sole inheritance—a pair of glass-beaded slippers—she runs away to France in pursuit of an officer on whom she has a big crush. She joins the baggage train of Louis XIV’s army, survives a horrific massacre, and eventually finds her way to Paris. There she befriends the man who will some day write the world’s best loved fairy tale, Charles Perrault.

There is much more: a witch hunt, the sorry truth about daydreams, and some truly astonishing revelations, such as the historical facts behind the story of the Emperor’s new clothes, and a perfectly reasonable explanation for the compulsion some young women have to kiss frogs.

This is not the fairy tale you remember.”

2 thoughts on “guest post: The Most Famous Author You’ve Never Heard Of”