To kick off 2017, I ordered myself 4 books that have been on my my wishlist. This year I plan on reading more books I choose to read, rather than orphans from my editing work (the majority of the YA books I reviewed last year), or review requests. What better way to start than by anticipating lovely, new books in the mail? 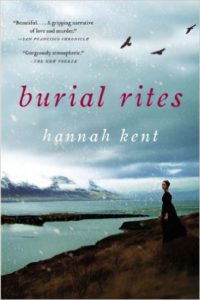 A brilliant literary debut, inspired by a true story: the final days of a young woman accused of murder in Iceland in 1829.

Set against Iceland’s stark landscape, Hannah Kent brings to vivid life the story of Agnes, who, charged with the brutal murder of her former master, is sent to an isolated farm to await execution.

Horrified at the prospect of housing a convicted murderer, the family at first avoids Agnes. Only Tóti, a priest Agnes has mysteriously chosen to be her spiritual guardian, seeks to understand her. But as Agnes’s death looms, the farmer’s wife and their daughters learn there is another side to the sensational story they’ve heard.

Riveting and rich with lyricism, BURIAL RITES evokes a dramatic existence in a distant time and place, and asks the question: How can one woman hope to endure when her life depends upon the stories told by others? 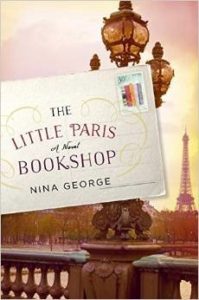 Monsieur Perdu can prescribe the perfect book for a broken heart. But can he fix his own?

Monsieur Perdu calls himself a literary apothecary. From his floating bookstore in a barge on the Seine, he prescribes novels for the hardships of life. Using his intuitive feel for the exact book a reader needs, Perdu mends broken hearts and souls. The only person he can’t seem to heal through literature is himself; he’s still haunted by heartbreak after his great love disappeared. She left him with only a letter, which he has never opened.

After Perdu is finally tempted to read the letter, he hauls anchor and departs on a mission to the south of France, hoping to make peace with his loss and discover the end of the story. Joined by a bestselling but blocked author and a lovelorn Italian chef, Perdu travels along the country’s rivers, dispensing his wisdom and his books, showing that the literary world can take the human soul on a journey to heal itself.

Internationally bestselling and filled with warmth and adventure, The Little Paris Bookshop is a love letter to books, meant for anyone who believes in the power of stories to shape people’s lives. 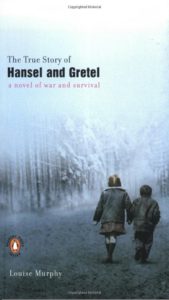 The True Story of Hansel and Gretel: A Novel of War and Survival
by Louise Murphy

In the last months of the Nazi occupation of Poland, two children are left by their father and stepmother to find safety in a dense forest. Because their real names will reveal their Jewishness, they are renamed “Hansel” and “Gretel.” They wander in the woods until they are taken in by Magda, an eccentric and stubborn old woman called “witch” by the nearby villagers. Magda is determined to save them, even as a German officer arrives in the village with his own plans for the children. Louise Murphy’s haunting novel of journey and survival, of redemption and memory, powerfully depicts how war is experienced by families and especially by children. 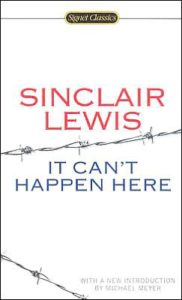 It Can’t Happen Here is the only one of Sinclair Lewis’s later novels to match the power of Main Street, Babbitt, and Arrowsmith. A cautionary tale about the fragility of democracy, it is an alarming, eerily timeless look at how fascism could take hold in America.

Written during the Great Depression, when the country was largely oblivious to Hitler’s aggression, it juxtaposes sharp political satire with the chillingly realistic rise of a president who becomes a dictator to save the nation from welfare cheats, sex, crime, and a liberal press.

Called “a message to thinking Americans” by the Springfield Republican when it was published in 1935, It Can’t Happen Here is a shockingly prescient novel that remains as fresh and contemporary as today’s news.