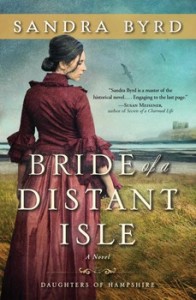 Annabel Ashton of Highcliffe Hall had grown up knowing of her mother’s shameful and alarming condition, which ended with an early death at an asylum. At only four years of age, Annabel lost her mother, and had never known her Maltese father. Shuffled from one boarding school to another, she was not welcome or loved by relatives at Highcliffe, for she was tainted with illegitimacy and, perhaps, her mother’s madness. Two decades later, she is underhandedly summoned back by her peevish and secretive cousin, Edward Everedge, who has plans for her future–of which Annabel is vehemently opposed. As the weeks pass, Annabel, along with one of Edward’s business partners–Captain Marco Dell’Acqua of Malta–unravels clues to the past that affect Highcliffe Hall’s future and put Annabel in a precarious position. 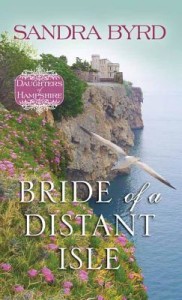 This story is filled with mystery and includes a historical and cultural view of the Mediterranean island of Malta mixed with a mid-19th century Hampshire, England setting. Queen Victoria’s husband, Prince Albert, was sponsoring The Great Exhibition of 1851, setting off the events that brought Annabel and Dell’Acqua together. There are many fascinating details included, and coupled with the question of Annabel’s fate, makes an engrossing read.

Sandra Byrd is one of the authors I read without hesitation, as she has a talent for blending well-researched and intricate plots with interesting and likable (or loathsome) characters. Gothic romance readers, such as Daphne du Maurier and Victoria Holt fans, will greatly enjoy the Daughters of Hampshire series, with settings of old homes steeped with history and intrigue. She has also penned several Tudor novels: To Die For, Roses Have Thorns, & The Secret Keeper