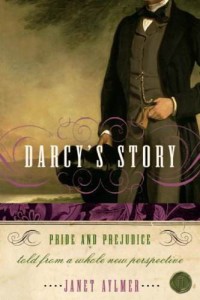 This is the story of Jane Austen’s Pride & Prejudice as related by the character of Mr. Darcy—nothing new to the incredibly prolific sub-genre of Austen variations, but possibly one of the first printed, as it came out in 1996, shortly after the popular mini-series featuring Colin Firth and Jennifer Ehle. True to Austen’s characters and timeline, it is simply the events as Darcy lived them, with a generous amount of actual dialog from the original.

Darcy, at first, is unaware of his offensive behavior, and until his confrontation with Elizabeth Bennet at Rosings, when he asks for her hand in marriage and is thoroughly rejected, he had never thought of his attitude in a negative light. Growing up an only child for many years, and then an only son he was taught manners by rote, but not necessarily by experience. He was ill at ease in company and found conversation with strangers difficult. Due to his wealth and position, Elizabeth Bennet was the first woman to ever scorn him, and this he found novel and irresistible.

There are no surprises in this Austen retelling and the author uses much material from the original, so it will appeal mostly to Austen purists rather than those who enjoy reading new characters and adventures, or at the very least dissimilar characterizations from the original. Those wishing to revisit Austen’s Pride & Prejudice will enjoy this read for its diverse, but true perspective.