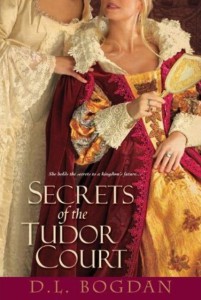 Secrets of the Tudor Court

Mary Howard, daughter of the Duke of Norfolk was just eleven when she was sent to court as a lady-in-waiting to her cousin, Anne Boleyn, who was soon to be Queen of England. The Year is 1530 and Katherine of Aragon is newly banished to a manor in the north while Anne’s star rises.

A most sinister man, Norfolk (as he is called even by his kin) uses Mary and every other member of the illustrious Howard family as tools for his ambition. Mary helplessly watches her life being controlled down to her dress and hairstyle, suffering severe beatings if she missteps or dares to protest. She has a good heart—a poet’s heart—and carves out happiness where and when she can, though always living in a shadow of fear and respect for the man who dominates her life.

Duchess of Richmond, a title Mary retains even after her unconsummated marriage is cut short by Henry Fitzroy’s death, is a fascinating figure from the Tudor court and one I had not read much about. As such, this was a very enthralling read for a Tudor veteran, and probably more so for those unfamiliar with the era. Perhaps I didn’t learn a lot of facts I had not read before, but they were put in a fresh perspective and I highly recommend this read to all lovers of historical fiction.

I was pleased to learn that Mary’s poem ‘O Happy Dames’ (as presented in this novel) is a real one, though the authorship may be in question historically. Also, the existing Holbein sketch of Mary is authentic and the artist’s gentle manner is presented touchingly. These facts added much depth to her character and I enjoyed their inclusion.

This was a quick and enjoyable read and I think all Tudor fans should add this one to their library!