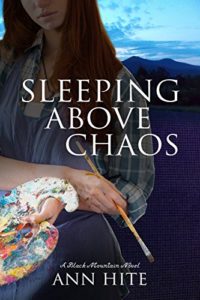 Sleeping Above Chaos
by Ann Hite
A Black Mountain Novel

Set in North Carolina in the 1940’s and 50’s, this ghostly family saga begins and ends with one man’s miserable wrath over an entire town, and those courageous enough to defy him. Paul Allen is an emotionally explosive and controlling reprobate with ties to the KKK and politicians in his pocket. His daughter, Ella Ruth, who lost her mother under dubious circumstances when she was very young, discovers she has a maternal aunt in a convalesce center nearby. As she learns about her mother’s past, a defiance sparks inside her that will challenge the unspoken rules set forth by her father, and in the process bring light to the past that has haunted her for so many years.

This story, which is compulsively readable, follows several characters through the tail end of the Great Depression, into WWII and beyond. As it steadily builds, intertwining the lives of Ella Ruth and the sheriff’s sons, Buster and Lee, the reader is pulled in and subsequently delivered a heartrending blow (a few times over), which seems to be this author’s specialty–along with the hauntingly beauiful writing, of course! The Black Mountain series is highly recommended for those looking for Southern historical fiction, ghostly tales, or a satisfying multi-book saga.

Ann Hite’s Black Mountain novels began with Ghost on Black Mountain, which pulls the reader into a world of spirits and Appalachian lore. Continuing with The Storycatcher, Lowcountry Spirit, and Where the Souls Go, there’s plenty of southern Gothic appeal with this series. 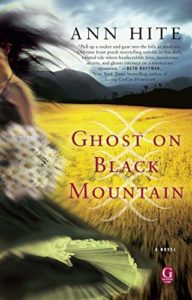 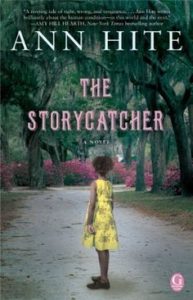 “From the author of the “wonderfully crafted” (San Francisco Book Review) Ghost on Black Mountain comes a haunting gothic novel set in the Depression-era South about two young women who form an unlikely alliance when the spirit of a dead woman takes up residence in their home.

Shelly Parker never much liked Faith Dobbins, the uppity way that girl bossed her around. But they had more in common than she knew. Shelly tried to ignore the haints that warned her Faith’s tyrannical father, Pastor Dobbins, was a devil in disguise. But when Faith started acting strange, Shelly couldn’t avoid the past—not anymore. 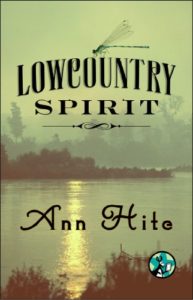 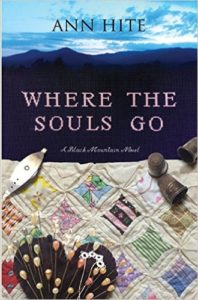 Where the Souls Go

“At the age of ten, Annie Todd finds not only is her mother quite mad but that Annie has inherited an unusual legacy. The ghost of a young girl visits Annie in her new home deep in the mountains of Western North Carolina, where Annie’s mother, Grace Jean, has hidden them away from the life they used to know. Annie finds an unlikely ally in Pearl, a young woman who keeps house in Annie’s new home. The secrets that surround Pearl take Annie’s mind off her loneliness and soon her family history is revealed to her. “Instead of wind, I heard my name being called. The whispery voice came from the woods. ‘Annie Todd’. My sixth sense had not yet kicked in and didn’t warn me I was standing on the backbone of my history.” WHERE THE SOULS GO is Ann Hite’s third novel set in Black Mountain, North Carolina. Readers who loved GHOST ON BLACK MOUNTAIN, Hite’s first novel, will find many of the characters familiar. This book follows three generations of the Pritchard family, not only telling the story of how Hobbs Pritchard became the villain of Black Mountain, but highlighting women’s struggles in Appalachia, beginning in the Depression Era and ending in the mid-sixties.”