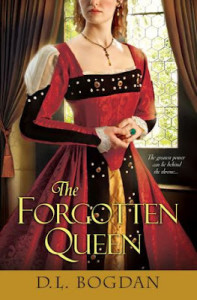 This is a story of the life of Margaret Tudor, elder sister of England’s Henry VIII, from her childhood before the death of her beloved brother, Arthur, to her life as the “Old Queen” of the Scots decades later. Margaret’s father, Henry VII, impressed upon her the role she was born to play before he sent her off to the savage land of the Scots. Though she came to love her new country, there were times in her life she looked to England with longing, but then found that her brother’s England was not the same that she’d left, nor the same that she had dreamed of when Arthur was heir.

There was much heartbreak in the life of this proud and stubborn Tudor daughter. She rarely seemed to deal with the blows as she should, and she made a lot of mistakes, especially with the men in her life. If you’re familiar with Mary, Queen of Scots, her life was an eerie parallel to Margaret’s.

I cannot say I was enamored or even greatly impressed with Margaret as protagonist in this story. I knew from reading Jean Plaidy’s The Thistle and the Rose years ago that Margaret’s life was filled with strife and together with Plaidy’s two books on Mary Queen of Scots, I formed a dislike for novels set in barbaric Scotland. I’m sad to report that this book did not change my opinion in the least on that score. I have greatly enjoyed the author’s previous three books, but this one just didn’t sync well with my tastes.

Though it is well-written, I just couldn’t get past the stubborn, selfish, foolish Margaret Tudor presented, and every supporting character was either eventually corrupted or otherwise exited the story. While I realize this is based on fact and the storyline cannot be greatly changed, I also feel that it needs one character as a constant “good”. As it is, the reader just has to watch Margaret making a series of bad decisions and listening to no one, and seemingly never learning from her mistakes.

I think Bogdan did the best she could with Margaret (and I give her credit for taking on this task), but perhaps she just isn’t a good character to write—at least as the lead. One interesting aspect is the view of Henry VIII’s court and other European powers through a distant royal contact—I greatly enjoy the panoramic view of an era that is oversaturated in novels.