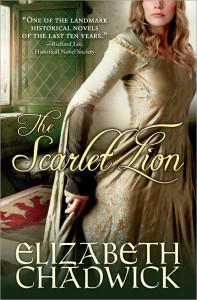 Being the sequel to The Greatest Knight, this novel covers the life of William Marshal, Earl of Pembroke from 1197 to shortly after his death in 1219. While his wife, Isabelle, is busy giving birth to the rest of their ten children, William is settling their estates in Normandy and trying to step lightly in the court of the newly crowned King John.

King John has a personality complex best described as pleasantly evil—honeyed words with subtle warnings. He sees William as reaching and ambitious, though deep down he knows he is trustworthy. Even so, John will not make the way easy for him. William treads softly, ever the diplomat and courtier, for the sake of his dynasty. With 5 boys and 5 girls he has quite a responsibility to his family and continually sidesteps John’s veiled threats and overtures.

There is never-ending strife from the Earl’s land holdings, Isabel’s lands in Ireland being the focal point of the first half of the book and keeping a grip on their castles and manors in England, Wales and Normandy during the remainder of story. The seizing of their two oldest sons is the first real breech in their marriage, as William sees the wisdom in handing them over without fuss, but Isabelle doesn’t want to give them up without a fight. Though they are captives, they are well looked after and enjoy training and freedom within the royal residence. It is King John’s ill reputation that sets Isabelle to worry.

Two mysterious deaths are covered in this novel: Arthur of Brittany and Alice de Bethune (Marshal’s eldest son’s first wife). These dramatic events, the invasion of England by Louis of France and William’s time spent as Henry III’s regent finish up the story with much detail and intrigue.

Chadwick’s writing style is superb – historically detailed ‘to the hilt’ and flavored just right for the medieval era represented. I have enjoyed learning about this real medieval knight’s life and times.