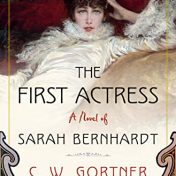 The Queen’s Vow by C. W. Gortner Isabella of Castile is classically remembered as an indomitable queen and a byword for the Spanish Inquisition. Many readers have only a vague sense of her character from reading novels in which she was mentioned by name or played a small role. C. W. Gortner takes this enigma and breathes life into a… Read more »

The Confessions of Catherine de Medici by C. W. Gortner C. W. Gortner has once again taken a controversial historical figure and made her into an admirable protagonist. Like Juana from The Last Queen, Catherine de Medici has not enjoyed a plethora of novels depicting her in a positive light. From Jean Plaidy’s trilogy (Madame Serpent, The Italian Woman and… Read more »