This giveaway is for a Kindle eBook copy, and is open until June 30, 2018. Leave a comment to enter. 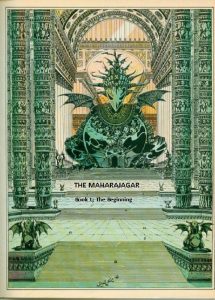 The Beginning: A Multicultural Tale of Transformation by Urban Vyaas

On June 16, 1914, journalist Alec Bannon and his young wife, Millie Bloom, meet an Inuit called Piugaattoq (also known as Minik Wallace) at the Museum of Natural Science of New York where Minik’s father’s bones are on display. Minik hires the services of a Chinese tong and a Voodoo priest to assist him in revengefully replacing his father’s remains with those of the museum director’s deceased father. The Bannons, freshly accredited at New York, make a report about it and soon afterward they’re entangled in a web of intrigues that surrounds the power struggle for the leadership of the Chinese Tongs, which also has far reaching geo-political consequences, involing multi-million dollar transactions between multinational colonial trading companies, weapons trafficking, a mysterious organization of immortals, and some (not always nice) supernatural creatures.

This book is the first volume of a series of 9 books that is called The Maharajagar. Fans of James Redford and Dan Brown will love this mash up of adventure, metaphysics, science, and history.

Three meta-themes are interwoven with the tale of the Maharajagar;

1. The All is a projection of informational modulated energy waves by a cosmically horizon on the time-space continuum.
2. Synchronicity is a phenomenon that comes to us with a message.
3. The Long Now is the only time concept to give a lasting meaning to our thinking and, hopefully consequent, actions.

These principles offer a perspective from which a powerful code of conduct can emanate, transforming our lives to a new experience of freedom, happiness, and love. It is a spellbinding, epic tale of ambition, anarchy, and absolute power, set against the canvas of North America during World War I.

The story line of the Maharajagar has been derived from an old Indian literary masterpiece called The Mahabharata, or “The Great Tale of the Bharata Dynasty”. The importance of the Mahabharata to the world civilization can be compared to that of the Bible, the works of Shakespeare, Homer, or the Quran.

The Mahabharata has been used as a source of inspiration, and an effort was made to connect it with the work of more contemporary writers, such as James Joyce (Ulysses), Thomas Mann (Buddenbrooks: The Decline of a Family), Tayeb Salihel (Season of Migration to the North), Honoré de Balzac (Father Goriot), and many other literary works.

This has been done by de-fleshing the Mahabharata of most of its philosophical/religious content and by focusing on the main story that keeps it together; the tale of the conflict between the Pandu and Kurava princes. The protagonists of the Mahabharata have received more contemporary multi-cultural identities and the action has been relocated into a closer by time-frame.