A big welcome from Historical-Fiction.com to UK author Tony Morgan as he introduces his novels set in early Seventeenth Century England. 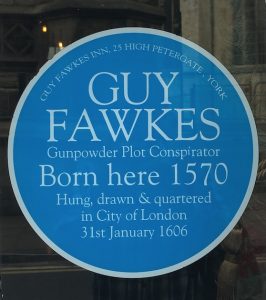 It all started with the Gunpowder Plot…

Religious tensions, terrorists on the streets of London, conflict with Europe and concerns over increasing levels of government surveillance – does this sound familiar? 1605 was a time more like our own than we usually imagine.

Following Queen Elizabeth I’s death in 1603, King James VI of Scotland was crowned King James I of England. Despite his mother Mary Queen of Scot’s Catholicism, James was raised a Protestant. In Scotland and England, he shared his palaces and bed, although the latter less frequently, with his Queen, Anne of Denmark. Anne was the mother of their children and a secret Catholic. Perhaps this why James announced he would take a more tolerant approach to Catholicism.

However, for a number of reasons, not least two plots against him, James went back on his word. Treatment and punishment of Catholics harshened. This didn’t go down well but what the dissident Catholics needed was a man of action, a leader. In charismatic Robert Catesby, they found one. 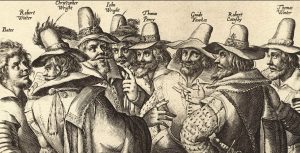 Catesby assembled a tightly knit group of conspirators. His plan was regime change. He was determined to strike in a bloody, violent and spectacular way, one which would be remembered for centuries to come. They determined to assassinate the King, the Princes and much of the government by blowing up Parliament during the opening ceremony. Could the Gunpowder Plotters succeed?

This is the backdrop of my debut novel “Remember, Remember the 6th of November”. The book immerses us into a world of intrigue and betrayal and focuses on a race against time to prevent the country’s descent into all out civil war. 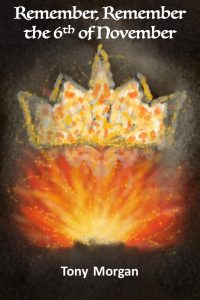 Major characters include Catesby, James and Queen Anne. Catesby is joined by his fellow plotters. These include the infamous Yorkshire explosives expert Guy Fawkes, who’d previously left England to fight abroad for a foreign enemy. On the King’s side (or are they?) we have spymaster general Robert Cecil and his lover Katherine of Suffolk. Katherine’s husband Thomas Howard, the Earl of Suffolk, wishes only to put a stop to their affair.

As the minutes pass by and we reach the 5th of November, we find out if the plot succeeds or fails…

After I’d written “Remember, Remember the 6th of November”. I began to ask myself what would have happened if the Gunpowder Plot had been successful? Some believe the country would have slipped into a civil war between Protestants and Catholics, much like the rest of Europe.

If the attack on Parliament had worked, Protestant King James I and his sons, Princes Henry and Charles, would have been killed but what would have become of the plotters led by Robert Catesby? Most (excluding Guy Fawkes) left London on November 4th.

They intended to start a popular Catholic uprising across the country. They hoped to get military support from Spain. Catesby also planned to kidnap nine-year-old Princess Elizabeth, convert her to Catholicism and place her on the throne of a new Catholic England.

However, irrespective of what was happening in London, things didn’t go to plan. Catesby and his fellow conspirators were hunted men. There was to be no uprising and Princess Elizabeth remained at liberty. The plotters were pursued by militia, cornered, most including Catesby killed and a few captured. Fawkes was tortured in the Tower of London and eventually confessed.

But what may have happened if Parliament and the King had been destroyed? Catesby and the other conspirators would still have been killed. No doubt there would have been reprisals on both sides but did the vast majority, brought low by plague and poor harvests, have the stomach for civil war? Hopefully not. Perhaps the country would have sought a different path.

Eventually Princess Elizabeth would have become Queen. Most likely she’d have retained her Protestant religion but her advisors may have recognised the importance of unity to avoid civil war and prevent invasion from Spain. In these circumstances Queen Elizabeth II may have introduced a policy of religious tolerance, where people were free to worship in the church of their choice. 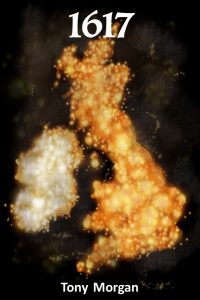 There would have been dissenters, such as Puritan Protestants, Catholic Jesuits and agents from enemy nations such as France. All would have wished to undermine, unseat and potentially assassinate the Queen.

Elizabeth would have had to put right wrongs in her own kingdom, across the water in Ireland where the policies of “plantation” had given Protestant settlers powers over the Irish Catholics. An envoy would be needed to start the peace process and begin an end to the troubles there.

This is the historical backdrop to my second novel “1617”. Elizabeth selects Sir Everard Digby as her peace envoy but he’s a man with a secret past linked to his role in the Gunpowder Plot which she must never discover. Digby travels to Ireland and is shipwrecked, attacked by both sides and pursued by a Puritan assassin. A plot is hatched against the Queen by Puritans and Jesuits manipulated by a deadly French female spymistress. She has her own reasons for wanting Digby dead.

With all this happening, can Queen Elizabeth and religious tolerance survive? Find out in “1617”. 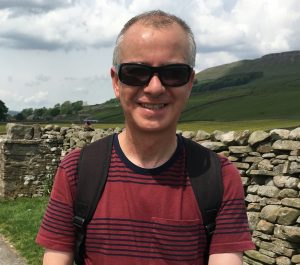 All profits back from both books in 2017 are being donated to a local charity. I hope you enjoy reading them as much as I enjoyed writing them.

Remember, Remember the 6th of November is available in Paperback and Kindle ebook formats –https://www.amazon.com/dp/B01LICIBOK